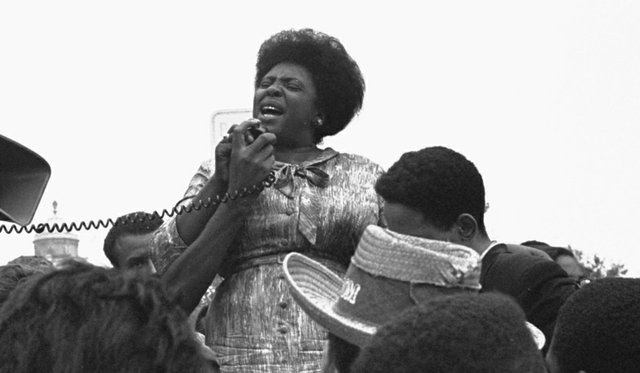 Fannie Lou Hamer was a women's and voting rights activist, civil rights movement leader, and community organizer. She also represented the Freedom Democratic Party, as a co-founder and vice-chair, at the 1964 Democratic National Convention.

According to Wikipedia, "Hamer received many awards both in her lifetime and after. She received a Doctor of Law from Shaw University and honorary degrees from Columbia College Chicago in 1970 and Howard University in 1972. She was inducted into the National Women's Hall of Fame in 1993.

Harlem youth can attend Book Club classes live on Zoom on Wednesdays at noon through August 14, 2020. Parents, sign up your student(s) for Virtual Summer Programming at tinyurl.com/bgchvirtualsummer.

To learn more about our Virtual Summer Programming, click here.